Introducing our book, The new weight loss paradigm - Life beyond diets & exercise. Launching FEB 15 2023. Click here to Pre-order today, save & be the first to get a copy.

Have you’ve noticed your weight creeping up as you get older? Do you find it increasingly harder to lose weight the older you get?

Weight gain is a common problem for many people as they age. Naturally, it’s easy to blame an increase in weight on old age, hormones and even menopause — because that’s what we’re told.

But do menopause and hormones really deserve the bad press they get?

Menopause is a natural part of aging and occurs when a woman’s ovaries no longer release eggs, due to a change in reproductive hormones. A woman is said to have entered menopause when she hasn’t had a period for 12 months. Menopause may also be caused by surgery, or cancer treatment.

The stage before natural menopause is called perimenopause. During this time, hormone levels fluctuate and periods can be irregular. It’s also during this time when typical menopausal symptoms occur such as hot flushes, and night sweats.

Weight gain is influenced by a number of factors, but many people blame menopause as a reason for their increasing weight. On average, the average woman gains around 500g a year when she reaches middle-age.

However, research by the International Menopause Society found that this yearly midlife weight gain is due to age, rather than menopause and changing hormones.

The link between menopause and weight gain is that hormonal changes affect where body fat is stored. The same research found that the reduction of the hormone oestrogen that occurs during menopause favours fat storage around the waist, rather than the hips and thighs. And this explains why so many women who enter menopause notice weight gain around their middle.

But how do we explain this midlife weight gain?

As we age, our metabolism slows down. This is primarily because after the age of 30, you lose between 3% and 5% of your muscle mass every decade. This equates to the average adult losing at least 9kg of muscle mass.

While this may not sound like a big deal, 66% of our metabolism is influenced by our muscle mass. So, the less muscle you have, the slower your metabolism. Muscle loss has also been linked to premature onset of menopause.

Another contributing factor to weight gain in older age is that adults often become less active, due to poorer mobility, and aches and pains. Add to the mix the inconvenience of hot flushes that are a key symptom for menopause, and it’s easy to see why weight gain is common.

As we’ve just seen, muscle mass is key for a firing metabolism. And the best way to increase your muscle mass, and offset the fact that you lose muscle mass as you age, is to incorporate weight training into your exercise program.

We refer to this as Focused Intense Resistance Exercise, or F.I.R.E. training. F.I.R.E. is the cornerstone of our Body & Lifestyle Transformation Program, because it’s a key factor in increasing your metabolism so you can burn fat, change your body shape and fight the effects of aging. In fact, it’s often referred to as the Fountain of Youth due to its anti-aging effects.

In addition to F.I.R.E. we also include the right amount of Intense Cardio Exercise or I.C.E. in our client’s programs, because 17% of our metabolism is influenced by exercise or physical activity.

Of course, what you eat plays an important part in losing weight, but it can be especially important in keeping extra belly weight at bay.

The fact is that many women don’t incorporate resistance training in their exercise programs as they get older, therefore missing the opportunity to build muscle and improve their metabolism. They also diet in an attempt to lose weight, which only slows their metabolism even more.

But the most powerful indicator of whether you’ll gain weight as you age is your habits.

Habits are subconscious routines or behaviours that you repeat regularly. Everyone has habits — and some may help you maintain a healthy weight, and some may contribute to weight gain. Examples of these are binge eating, alcohol consumption, pleasing other people, and putting other people’s needs before your own.

But when you replace your habits with different, more helpful habits, you’ll find that losing weight isn’t as hard as you first thought it was.

At Imani Tribe, we’re helping many women who have struggled with weight gain and blamed menopause, to finally lose the weight and build a firing metabolism which will help them maintain a healthy weight into old age.

We do this by incorporating resistance exercise with just the right amount of cardio, showing them how to eat to ensure their body functions better (which also helps them better manage menopausal symptoms), and by helping them develop healthy habits that will last a lifetime.

If you’re noticing the weight gain creep associated with menopause and are ready to stop it in its tracks, please contact us.

Ready to lose the weight for good & reclaim your freedom, vitality & quality of life?

We’re not an alternative to the diets. We are the solution!

You’ve tried dieting and figuring it out by yourself a million times before, none of them worked, in fact, they all left you worse off and more miserable than when you started.

People don’t have weight problems, people have personal problems (identities, habits, mindset, beliefs and fears) that reflect throughout their life, which can’t be resolved with dieting and focusing on food and exercise.

Dieting and focusing on food and exercise without addressing the habits and mindset that got us overweight is just like refilling a flat punctured tyre with air over and over without sealing the puncture and addressing the cause — a waste of time.

We cannot achieve long-term weight loss and transformation with the same habits and mindset that got us overweight. Nothing changes if nothing changes.

Put simply, weight loss takes care of itself when we address and eliminate the personal problems that leads to weight gain and hold us back from losing the weight for good.

Lose the weight for good, and get the body, confidence and lifestyle you desire with The DATS personal coaching program™️– The Not-Diet-Diet for people who want more than a good body.

A complete all-in-one habits, mindset and holistic weight loss transformation system that gives you everything you need (knowledge, systems, tools, skills, structure, accountability and support) to finally lose the weight for good, and get the body, confidence and lifestyle you desire — even on your worst days.

All you need to do, is take the first step.

Click the link below to see if you qualify.

Get on the DATS™️ program priority waiting list today to guarantee your spot.

On Tuesday, January 5th, 2021, we’re accepting a small number of new coaching clients to our Diet Antidote Transformation System (DATS™️ Program), The Not-Diet Diet for People Who Are Sick of diets and want more than a good body.

To give our clients the personal care and attention they deserve, we only open to new clients twice per year and enrolment is on a first-come, first-served basis. Don’t MISS YOUR CHANCE to change your life!

Join the free no-obligation priority waiting list now to guarantee your spot in our next intake. You’ll even get a chance to enroll early if a spot becomes available.

*Required. By providing your email, you agree to our Terms & Conditions, Privacy Policy, and to receive email alerts from Imani Tribe Transformations. You can unsubscribe at any time.

Our hypothesis on finding your WHY for weight loss

How habits and mindset can minimise the effects of diabetes

Get tips on how to lose weight for good & get the confidence & lifestyle you desire delivered right to your inbox daily.

We pay our respects to the traditional custodians across the lands in which we work, and acknowledge elders past, present, and future.

We use cookies to enable essential site functionality, assist in our marketing efforts, personalisation and analytics. By remaining on this website you indicate your consent. Cookie Settings Accept All

This website uses cookies to improve your experience while you navigate through the website. Out of these, the cookies that are categorized as necessary are stored on your browser as they are essential for the working of basic functionalities of the website. We also use third-party cookies that help us analyze and understand how you use this website. These cookies will be stored in your browser only with your consent. You also have the option to opt-out of these cookies. But opting out of some of these cookies may affect your browsing experience.
Necessary Always Enabled
Necessary cookies are absolutely essential for the website to function properly. These cookies ensure basic functionalities and security features of the website, anonymously.
Functional
Functional cookies help to perform certain functionalities like sharing the content of the website on social media platforms, collect feedbacks, and other third-party features.
Performance
Performance cookies are used to understand and analyze the key performance indexes of the website which helps in delivering a better user experience for the visitors.
Analytics
Analytical cookies are used to understand how visitors interact with the website. These cookies help provide information on metrics the number of visitors, bounce rate, traffic source, etc.
Advertisement
Advertisement cookies are used to provide visitors with relevant ads and marketing campaigns. These cookies track visitors across websites and collect information to provide customized ads.
Others
Other uncategorized cookies are those that are being analyzed and have not been classified into a category as yet.
SAVE & ACCEPT
Powered by

WE ARE NOT AN ALTERNATIVE TO THE DIETS, WE ARE THE SOLUTION!

How can we help you right now?

AN EASY & PROVEN SYSTEM TO FINALLY LOSE THE WEIGHT FOR GOOD & RECLAIM YOUR FREEDOM, VITALITY, QUALITY OF LIFE & POWER FROM THE DIET CULTURE

Are you a binge eater or an emotional eater?

TAKE QUIZ TO FIND OUT

Take the guess work out of your personal growth & development & unleash your full Potential with the BRAND NEW PDS™ Coaching Program. Learn more >>

Lose the weight for good and get the body, confidence, and lifestyle you want.

You’ve tried losing weight by yourself and dieting a million times before. None of them worked, in fact they all left you worse off than when you started. Now it’s time for something that works. 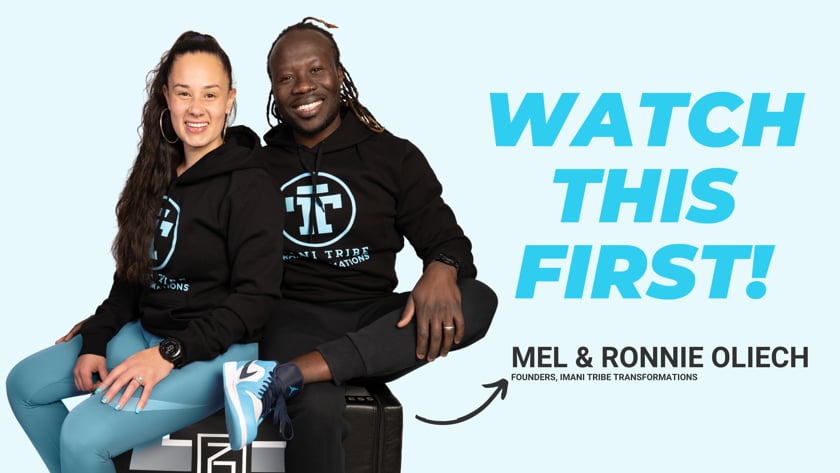 See if you qualify. Places are limited.

Discover how to finally lose the weight for good, & get the body, confidence and lifestyle you want without dieting, even if nothing else has worked before.

We won’t send spam. unsubscribe at any time.

Discover your exact weight loss self sabotaging habits and how to stop. Take quiz now!

Lose the weight for good, get the Body, Confidence & Lifestyle you desire with our DATS™ program - The Not-Diet-Diet for people who want more than a good body.

No restrictive diets, no food rules, no crazy all-or-nothing workout regimes, no counting or measuring food.

Discover how to finally lose weight forever and feel confident without dieting, even if nothing else has worked before.

Learn how to transform your life, not just your body. Start today by downloading this FREE eCourse

*Required. By providing your email, you agree to our Terms & Conditions, Privacy Policy, and to receive email alerts from Imani Tribe Transformations. You can unsubscribe at any time.